Are we witnessing the end of the ‘Cristiano Ronaldo and Lionel Messi’ era?

The Messi and Ronaldo era has been “over” for quite some time. The last time both Ronaldo and Messi made it to the UCL quarterfinals was during the 2018-19 season. So, for the past three seasons, both of these stars have been almost entirely irrelevant in the game’s main competition.

This was not the case when Ronaldo and Messi reigned supreme. Between the 2007-08 and 2017-18 seasons, a team led by either Ronaldo or Messi won the UCL tournament eight times.

During the same period, one or the other won the European Golden Boot (awarded to the continent’s most prolific league goalscorer) nine out of eleven times. Not only did both win 10 of the 11 Ballons d’Or awarded between 2008 and 2018, but they also finished first and second in the final voting nine times.

This is why the last few years have been such a stark contrast to what has come before. When Ronaldo and Messi truly owned soccer, they owned it all.

Is Ronaldo’s and Messi’s era officially over?

Meanwhile, back in the present, Ronaldo and Messi have both had forgettable seasons. Ronaldo will fail to score at least 20 league goals for the first time since 2009 unless he scores eight goals in United’s final nine Premier League matches.

Messi currently has an almost unbelievable Ligue 1 goal scoring record of two. True, his 10 assists are tied for the most in France, and his visionary passing is one of the reasons PSG leads the Ligue 1 table by 15 points. But there’s no denying that PSG’s season, and Messi’s performance in it, has been a massive letdown.

Apart from their individual stats, the most notable aspect of Ronaldo and Messi at this point is how incidental they’ve felt to the larger European soccer season. This didn’t appear to be the case at first. The pair’s moves to Manchester United and Paris Saint-Germain were among the most significant of the summer transfer window.

Ronaldo returned to the most popular club in the most popular league competition in the sport when he joined Manchester United. Messi formed what appeared to be a historically potent attacking trident with Neymar and Kylian Mbappé at PSG.

However, rather than instilling enthusiasm, motivation, and confidence in their respective teams and fanbases, both additions appeared to do the opposite.

None of this implies that Messi and Ronaldo are awful players today, that their new teams made a mistake in signing them, or that the end of the duo’s dominant time means they’ll never be great again.

Both are still extremely talented on the field. Despite the more dramatic claims that have surfaced during particularly low moments, both have played admirably for the majority of the season.

Furthermore, one or the other’s defining career moment might still be on the horizon, as both are expected to lead tremendously strong national teams to the World Cup at the end of this year.

Read Next: Top 10 players with the most Ballon d’Or wins in Football history featuring Lionel Messi and Cristiano Ronaldo 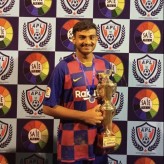 "Vini Jr cost us the game"! Fans bash Real Madrid after their loss against RB Leipzig in UCL

Defender Pablo Mari gets stabbed in the supermarket, as one of the victims dies while others serious